I'd been hoping to visit the Isle of Wight for a good few years and decided the time was right for me to make the long journey for the rare Glanville Fritillary butterfly, which can only be found on the Isle of Wight.

It's not often I make long distance journeys during the day and after setting off at lunchtime on the Thursday, I soon realised why I started to do the long distance runs overnight. I set off when finishing work at 12pm and because of traffic, roadworks, etc., I didn't arrive at the Portsmouth ferry terminal until 10 minutes after the start of the 6:50pm check-in time.

Interesting birds seen during the journey to Portsmouth included Red Kite (30+), Common Buzzard (10+) and Ring-necked Parakeet. Nothing of interest on the short and expensive ferry to Fishbourne. Too late to do anything before nightfall, but I did get a brief view of a Barn Owl along the Military Road before parking up for the night off Chilton Lane. 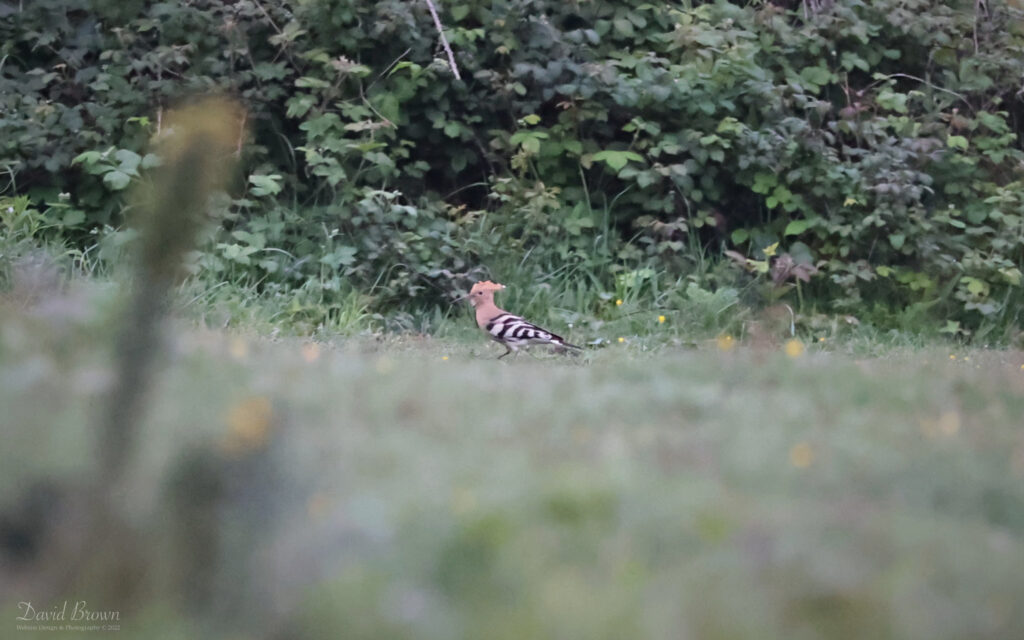 By 12:30 the sun appeared and it was time to start looking for my target species of Glanville Fritillary. First stop was Ventnor where a single Glanville Fritillary and a Wall Lizard were seen. A Holly Blue was seen before going to Crompton Bay, where a further 5-6 Glanvilles were seen. Also at Crompton were Small Blue (2+), Common Blue (4+), Dingy Skipper (4+), Brown Argus (1), Large Skipper (1), Wall Brown (2+), Speckled Wood (2) & Green Hairsteak (1). By 6pm it had become overcast and very windy, so I settled down for the night near Mottistone Down and one last bonus for the day, 'a calling Woodcock and Nightjar'. 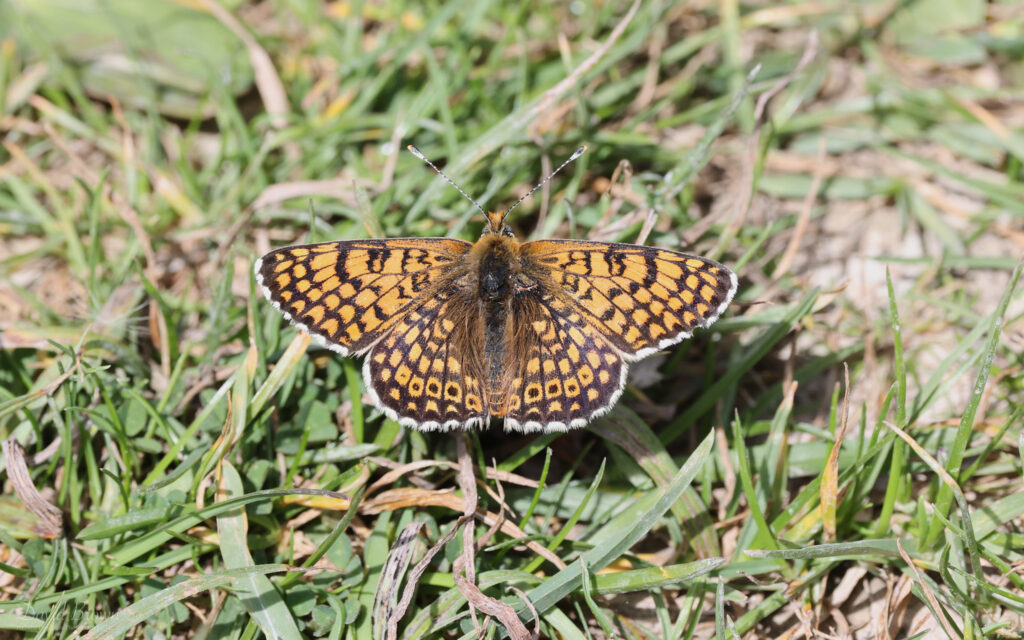 No rain or cloud when I woke up at 5am on Saturday morning and headed towards Brook Down. Stonechat (4), Yellowhammer (8), Garden Warbler (1 singing), Raven (2), Common Buzzard (3), Sparrowhawk (1), Kestrel (1) & Robin (1) were seen before the butterflies started to fly. Butterflies on Brook Down included Painted Lady (5 on the upper slopes), Adonis Blue (10+), Small Blue (80+), Dingy Skipper (50+), Glanville Fritillary (4), Grizzled Skipper (1), Wall Brown (1) & Speckled Wood (2). Explored a disused quarry when walking back towards Mottistone Down, which proved to be worthwhile as Glanville Fritilary (10, plus two pairs), Holly Blue (2), Orange Tip (1), Red Admiral (2), Common Blue (2), Small Blue (10) and Green Hairstreak (4) were seen. A pair of Dartford Warbler and a possible Dark Green Fritilary were seen during the walk over Mottistone Down to the car.

I had 4-5 hours to wait before my ferry back to the mainland and decided to spend it at the local Wildlife Trust nature reserve at Newport. A very quiet place with nothing out of the ordinary seen during my visit. Best here for me was a single Holly Blue, my first Broad-bodied Chaser of the year and a Hornet.

The ferry crossing was again very quiet, but I did add Common Tern to the trip list with two seen before getting on the ferry at Yarmouth. Had a bit of a think on what to do when I was back on the mainland and headed for a wildcamping spot near Didcot for the night.

Seeing as though I was on a butterfly watching trip, I decided to head for 'Duke of Burgundy' at Hawnby in North Yorkshire and pop in to see the Ferruginous Duck at Castle Howard en-route, which appeared to be an introduced/escaped bird. Mandarin (19+), Kingfisher (1), Tufted Duck (4), Gadwall (2), Great Crested Grebe (2), Mute Swan (2 families) & Grey Heron were also seen.