Target species for this trip included the long staying American Black Duck at Strontian, Chequered Skipper Butterfly at Glasdrum Wood, Pearl-bordered Fritillary at Glasdrum Wood and the usual birds that can be found on the Isle of Mull. 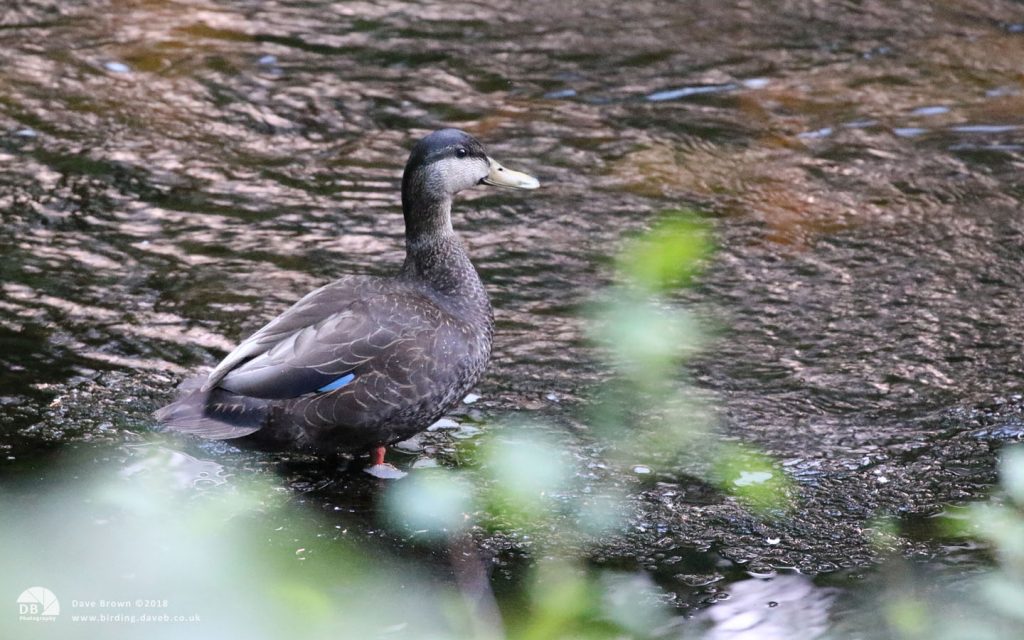 I set off at 9:30pm on Tuesday evening and the drive up was trouble free with very little traffic on the roads.  The first signs of scottish wildlife started at Glencoe when Deer and Mountain Hare began to show in the cars headlights, sometimes within a few feet of the car.  Deers continued to be seen during the remainder of the drive to Strontian and I also managed to see Otter (1), Fox (1), Hedgehog (1), Woodcock (1) and Common Sandpiper (1) before arriving at my first destination of Strontian just as the sun was rising.  The next hour or two was spent searching the area for the first of my target species, but on this occasion the American Black Duck was nowhere to be seen.  The early morning sun did provide me with some very good views of 2 Common Sandpiper, 3 Grey Heron, 9 Goosander (1 female), 2 Red-breasted Merganser, 2 Greenshank, 2 Hooded Crow, 10-12 Mallard (1 of which looked to be the Black Duck, but ruled it out as the bill was too dark and it just didn’t seem right) and some stunning scenery.

I then made the hour long drive to Lochaline for the ferry to Fishnish on the Isle of Mull, where 2 Black Guillimot were seen.  Once on the island I started the journey towards Fidden campsite near Fionnphort, stopping off at a few of my favourite locations along the way.  The first stop gave me distant views of Golden Eagle, good views of up to three Cuckoo and 3-4 Green Hairstreak butterflies (a new location for me).  I then had good views of an Otter, 5-6 Hooded Crows and up to five Great Northern Divers before seeing a White-tailed Eagle at my second stop on the northern edge of Loch Scridain.  I then stopped of at 2-3 sites where I regularly see harriers and owls, but no joy on this occasion.  Tree Pipit (1), Wood Warbler (2 heard), Willow Warbler (4+), Lesser Redpoll (1), Siskin (4), Northern Wheatear (2) were also seen.  I arrived at Fionnphort earlier than I had planned, so I made the decision to take a mid-afternoon ferry to Iona.  Two Corncrakes were heard in the grassy areas near the Abbey, but weren't seen.  Other birds seen before leaving Iona for Fionnphort included 2 Common Buzzards, 4 Ravens and at least ten Rock Doves.  I arrived at Fidden campsite early evening and pitched the tent up in a spot that was overlooking the bay.  Not much happening here bird wise, but was very peaceful and enjoyed planning the next days birding whilst watching the sun go down (nice). 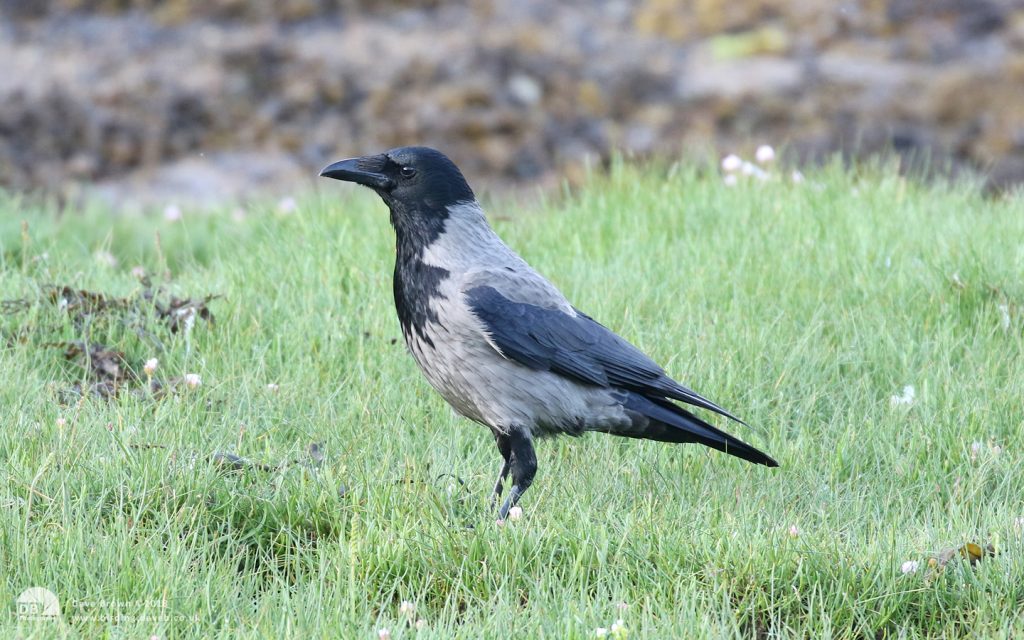 I was up early the next morning, packed away the tent and began a slow drive across Mull looking for harriers, short-eared Owls and anything else of interest.  Didn't manage to see any harriers or owls, but did get good views of Great Northern Diver (1), Golden Eagle (1), White-tailed Eagle (1), Raven (7+), Hooded Crow (2), Dipper (1), Stonechat (2), Whinchat (1), Otter (1), etc.   Cuckoos were once again heard at just about every stop, but was more surprised not to hear a single ChiffChaff on the island before making the decision to get a late afternoon ferry from Fishnish to Lochaline and head to Strontian in the hope of seeing the American Black Duck.  I arrived at tea time, got some supples from the local shop, pitched the tent and went looking for the Black Duck.  I searched the river mouth first and then began the walk upstream seeing the same species that were seen the previous morning.  Viewing all parts of the river was sometimes a bit tricky, but I was eventually rewarded with good views of the American Black Duck just upstream of the fire station.  Photographing the bird was just as hard as finding it as this stretch of the river was heavily covered by trees making it very dark and aukward to get the full bird in view.  In the end, patience paid off and I managed to get a decent photograph of the bird using an ISO setting of 10,000.  The midges were bad at the campsite and was forced to celebrate inside the tent with a drink or two before getting my head down for the night. 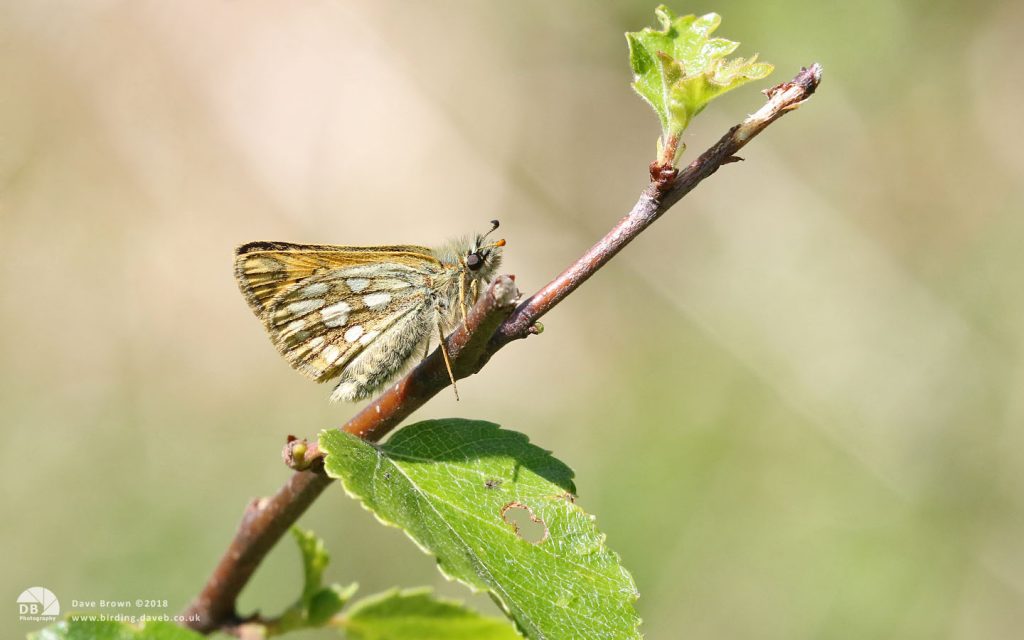 Woke up early the next morning and quickly worked through the midges to pack up the tent and head off for Glasdrum Wood, making one stop along the way at Kilchurn Castle at Loch Awe hoping to see Osprey.  No sign of any Ospreys, but I did get good views of a Golden Eagle and at least one Raven.  I arrived at Glasdrum Wood at approximately 10am, where I was hoping to see Chequered Skipper and Pearl-bordered Fritillary butterflies.  The Chequered Skippers were seen soon after arrival and approximately 20-30 were posing for photographs during the two hours I was there.  Pearl-bordered Fritillary butterflies were much harder to find with only one seen and photograph before heading off home at lunch time.  Advisery note for this site is to use footwear, which has good grips and is water proof (the surface can be very damp and slippery under foot).  Also, check for ticks as the site is known to have them and can easily be transferred onto people who visit the site (no problem for me though).

Only 60 species of birds, 4 species of mammal and 4 species of butterfly were seen during this trip, but I did get to see three new species, which included American Black Duck, Chequered Skipper and Pearl Bordered Fritillary, all seen in some fantastic scenery in some dry/sunny weather.  Just what I needed : )