The main aim of this trip was to chill out and hopefully do some quality birding visiting Minsmere, Lakenheath, Kelling Heath and a selection of other locations in Suffolk, Norfolk & Cambridgeshire targeting species of birds we usually dont see in County Durham.  There was also the slight possibility of seeing Baikal Teal and Great Spotted Cuckoo, which were occasionally seen in the area during the previous week. 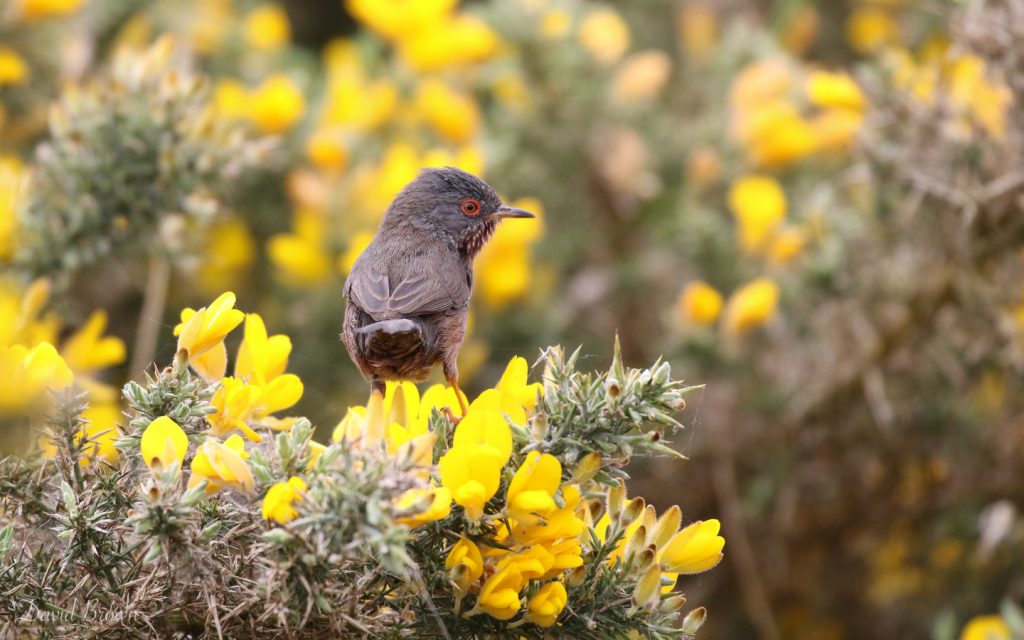 I set off at 9:30pm on tuesday evening and arrived at RSPB Minsmere soon after 3:30am.  After a couple of hours sleep, I opened the door and was immediately welcomed with the distinctive calls of Cuckoo and Turtle Dove.  After a coffee I began the walk through the wooded area towards Island Mere Hide, which was full of bird singing.  Birds seen and heard during the walk to the hide included Cetti's Warbler (4+), Garden Warbler (1), Blackcap (4+), Willow Warbler (2), ChiffChaff (5), Whitethroat (2), Reed Warbler (6+), Sedge Warbler (6+), Green Woodpecker (2), etc.  When I eventually arrived at the hide I could hear the reported Savi's Warbler, which was seen after 5-10 minutes on the far side of the lake.  Two otters were watched as they worked their way around the lake 3-4 times and two Chinese Water Deer were also in the area. I then had a walk around the reserve hoping to see Stone Curlew and Dartford Warbler. There was no sign of Stone Curlew, but I did get good views of at least two Dartford Warblers. I sat myself on one of the standing stones for a while and waited patiently for the birds to come to me. I didn't wait too long for the male to come close enough for a few photographs allowing me to move on to the east hide getting good views of Bar-tailed Godwit (4), Black-tailed Godwit (2), Little Tern (2), Sandwich Tern (10+), Common Tern (10+), Mediteranean Gull (10+) & more. 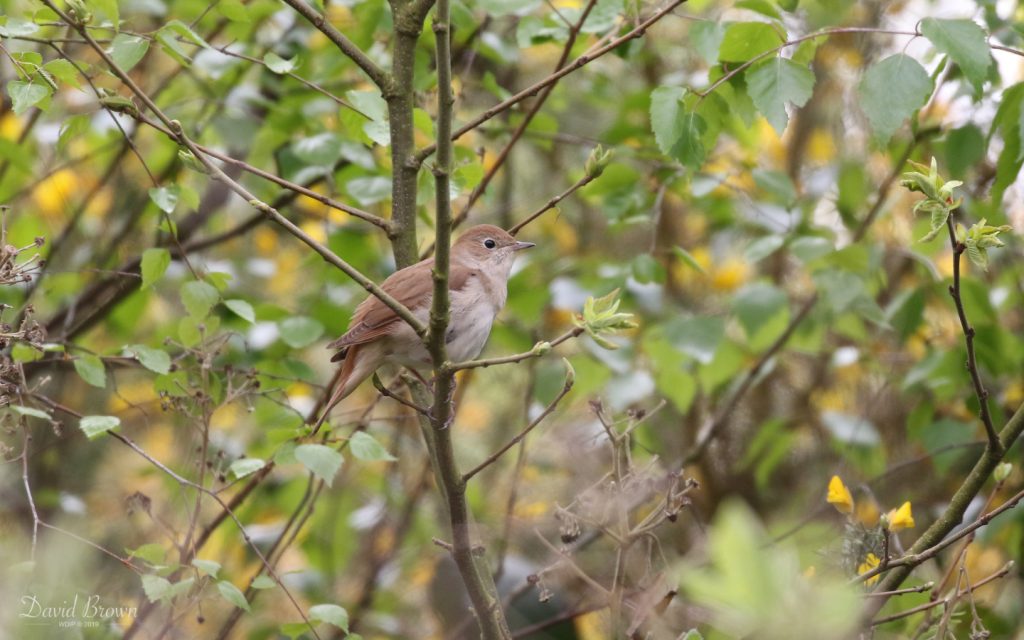 The next bird I was hoping to see was the reported Red-footed Falcon at Rendlesham Forest.  Soon after arrival I was told the bird had not been seen for over two hours and after being told the bird was seen flying high to the east, I did not have too much hope of seeing the bird.  After an hour I decided to give the area one more scan before moving on to the next site and was pleased to see the Red-footed Falcon sitting on top of a post.  The next 1-2 hours were spent watching and photographing the falcon hunting insects, lizards and worms.  There were very few other birds here, but a stoat put in a brief show when leaving the site to visit family in Colchester.  After 3-4 hours catch up, I left for Cavenham Heath (close to Lakenheath), which is where I spent the night. 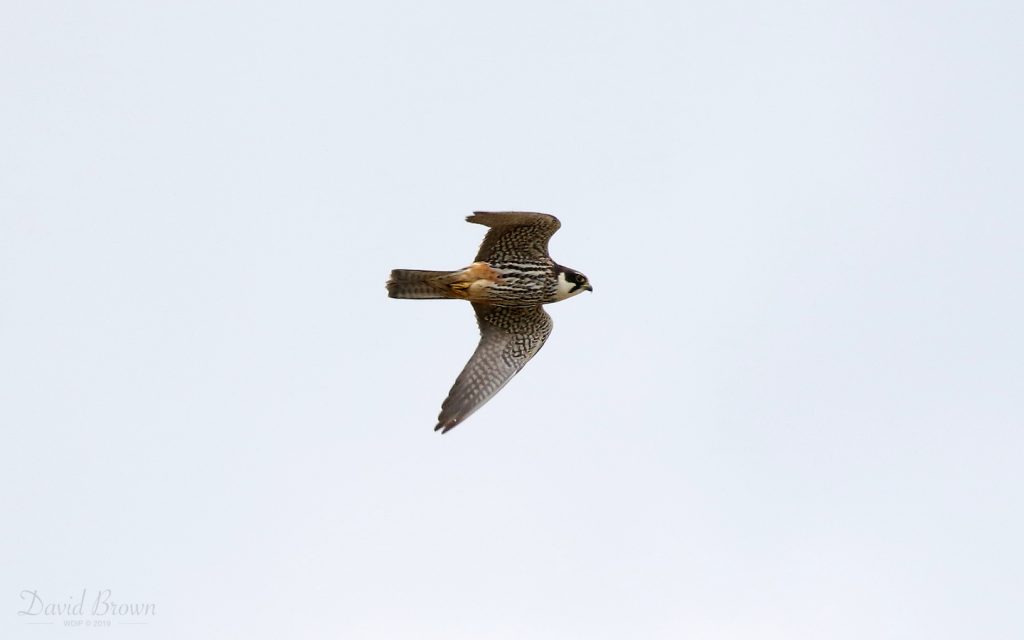 There was a noticable change in the weather for day 2, which began cold and cloudy with the threat of heavy rain showers.  Despite this, the second day began almost as good as the first morning with two Woodlark (2), Stone Curlew (1), Yellowhammer (1) and Stonechat (2) being seen in the first hour at Cavenham Heath. The rest of the morning and early afternoon was spent at Lakenheath before the heavy rain arrived, producing 42 species of birds including Cetti's Warbler (4+), Grasshopper Warbler (3+), Hobby (40+), Bittern (1 in flight), Swift (10+), Little Ringed Plover (1), etc.  The star birds here had to be the numerous Hobbies, which I enjoyed watching for nearly two hours.  I arrived at Kelling late afternoon, pitched the tent and managed to hear Nightjar (1) and see a Tawny Owl (1 seen & 3 heard) before it got dark.

The third day is when it all went a bit mad and definitely did not go as planned.  The Baikal Teal in Cambridgeshire had been reported the night before and again early morning the next day, so made the decision to head for March Farmers.  A Lesser Whitethroat was heard in the trees close to where the tent was pitched before heading to March Farmers.  A drake Garganey was seen before locating the Baikal Teal towards the back of the wetland.  Other birds seen in the area included Common Crane (1), Peregrine Falcon (1), Bittern (1 booming), House Martin (2), Avocet (10+), Marsh Harrier (2), Common Buzzard (1), Cetti's Warbler (3 heard), etc.  I then got notification of the sighting of the Great Spotted Cuckoo near the camp site I had spent the night.  I set off and arrived at Gramborough Hill before lunch and was rewarded with a 10-20 second view of the bird after waiting an hour.  I waited another hour and then set off home.

A total of at least 90 species of birds were seen over the three days, which included two lifers (Baikal Teal & Great Spotted Cuckoo) and a number of experiences I won't forget in a hurry (in particular, excellent views of Cetti's Warbler, Nightingale, Red-footed Falcon and over forty Hobbies).