The aim of this trip was to see Grizzled Skipper butterfly at Twyford Wood, American Bittern at Carlton Marsh and visit a number of sites on my return journey along the 'North Norfolk' coast. 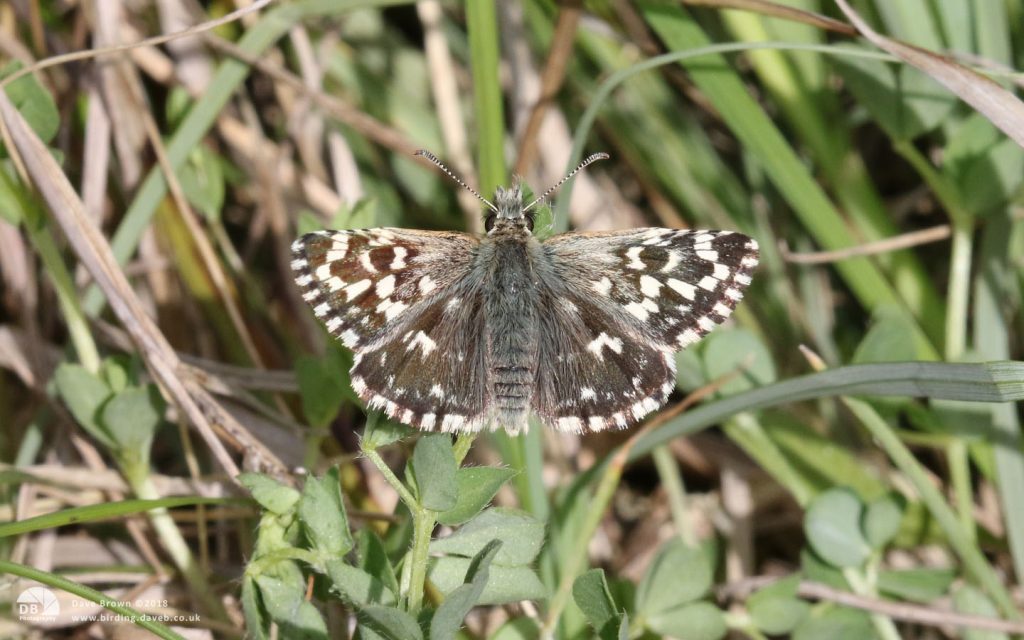 I began the journey at 10:30 on wednesday morning, arriving at my first destination at approximately 1pm.  Blackcap (1), Garden Warbler (1), ChiffChaff (2), Willow Warbler (4),  Dingy Skipper (1) and Orange Tip (5+) butterflies were seen whilst making the sort walk to the conservation area.  After 10-15 minutes I got my first Grizzled Skipper, which posed quite well for photographs.  I then spent another hour in the area seeing approximately 10-15 Grizzled Skippers, as well as about 5-10 Dingy Skippers and a single Small Heath.  A Cuckoo was heard calling and a Common Buzzard was seen drifting over the woods.

Carlton Marsh was my next destination, which took longer than I thought it would and didn't arrive there until after 6pm.  After parking the car I decided to head towards the watchpoints in the hope of seeing the American Bittern before dusk.  No joy with either American or Eurasian Bittern, but I did manage to get Cetti’s Warbler (1 heard calling from the car park), Common Whitethroat (1), Blackcap (1), Marsh Harrier (3), Common Buzzard (2) and Chinese Water Deer (3).

The following morning I set off for the watchpoints from the car park at about 5am and prepared myself for what turned out to be a long day.  No fewer than 14-15  scanning the area for the American Bittern, eventually deciding to call it a day at around 6pm.  Birds seen during the day included Marsh Harrier (3+), Common Buzzard (4+), Kestrel (1), Red-footed Falcon (1 probable), Yellow Wagtail (2), Avocet (6+), etc.  I departed Carlton Marsh and arrived at Kelling Heath just in time to get my first Nightjars of the year with at least five heard churring.  Other birds seen or heard at Kelling Heath before dark included Lesser Whitethroat (1), Garden Warbler (1), Song Thrush (1) and Blackbird (2). 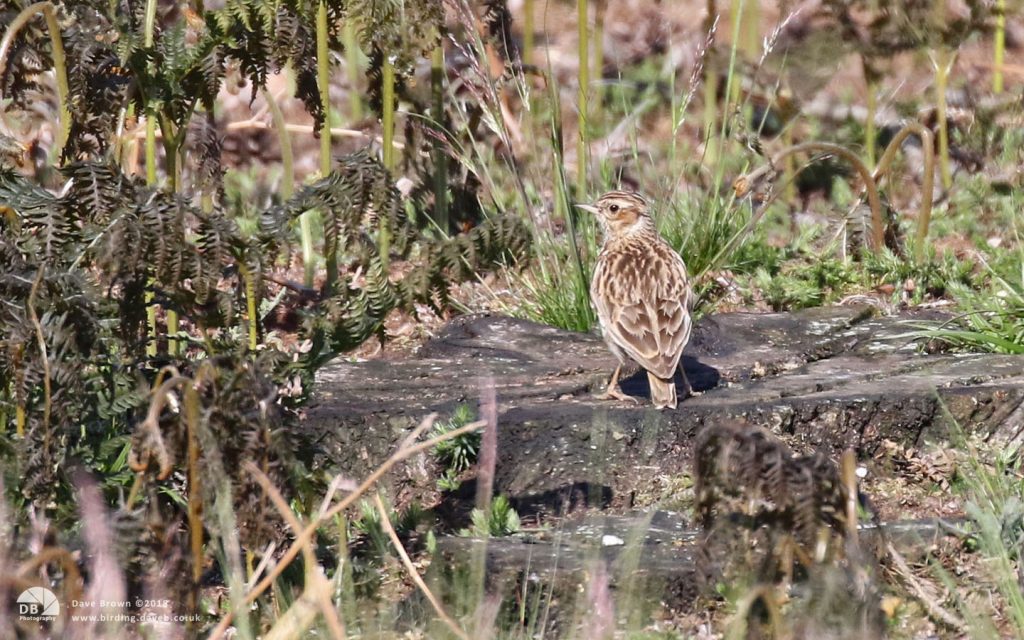 I was up early the next day and spent most of the morning walking around Kelling Heath looking for Turtle Dove, Woodlark and Dartford Warbler.  I didn't have to wait too long before seeing Woodlark with up to four seen at their usual location.  Dartford Warbler proved to harder to find than previous years with only one seen.  No sign of any Turtle Doves, but birds are arriving later than usual so I hope they arrive back safely.  Other birds included Nightjar (1 churring) and Common Buzzard (4).

After lunch I drove to Chosely Drying Barns, which was quiet with two Marsh Harriers, several Red-legged Partridges and 2-3 Common Whitethroats being the only noteworthy sightings.  No Corn Buntings or Turtle Doves.  Next up was the short drive to RSPB Titchwell, which was good but probably less rewarding for waders as the tide was out.  Marsh Harriers (3+) were putting on a fine display over the reed beds, Common Buzzards (4+) were drifting over the woods in the distance and a Hobby was seen on one of the old trees near the Marsh Harriers.  Seven Little Gulls and two Mediterranean Gulls were picked out among the 200+ Black-headed Gulls.  Wading birds included Ruff (1), Black-tailed Godwit (5), Bar-tailed Godwit (2) and Avocet (10+).  Brent Goose (1), Red-crested Pochard (2), Cuckoo (1) and Hairy Dragonfly were also seen.  No sign of any Bearded Tit or Turtle Dove for me.